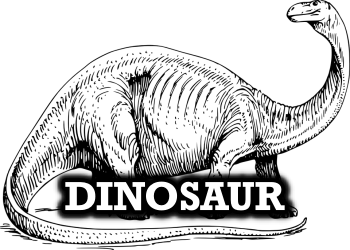 Dinosaur pick up lines really work. You have to be smart to get them, and they can bring two dinosaur-lovers closer together *wink wink*

And if your crush is a fan of dinosaur movies, we’ve included some top Jurassic Park pick up lines as well!

Are you a rare dinosaur fossil? Because I’m an impatient paleontologist, and I wanna date you badly.

I just ran from a genetically modified hybrid mutant dinosaur and, in the process, fell for you.

Did you see my mighty dinosaur beak or should I fly by here again?

Hey girl, are you a complete t-rex skeleton? Because I’d love to mount you in the Louvre.”

Every time you go, I have vestigial feelings for you.

Much like the Flintstones, I’m the best at making your Bedrock!

Do you know what I have in common with a pterodactyl? Aaahhhh….. my p is also silent. (Proudly show off wet pants)

Do you work at a dinosaur theme park? Because you look like you could handle something wild.

Hey is that a nest on your chest? You have two T-Rex eggs on you!

I’m gonna tear you with my dactyl…

You can’t spell tyrannosaurus without US.

Spice Up Your Sex Life!

I’m a T-rex. I have short arms and a big D…..aaaammit, is that an asteroid?

How about I take you to my bedroom and T-REX you tonight.

Would you let a dinosaur kiss you? Because I’m the last surviving member of these species.

I’m an omnivore. That’s right baby, I eat everything.

Do you want to pretend we’re both tyrannosaurus rex? Let’s keep each other at arm’s length!

Can you take care of this for me? My arms are too short.

I have a diplocockus in my pocket, want to see it?

My place or roars?

I can plesiosaur you like no one ever had.

Do you want to ride a raptor? You’re in luck, you found one! Me!

Come to my place? Stegosaurus in bed till the morning?

Let’s play “find the dinosaur” with each other’s bodies!

We both like dinosaurs, right? So what else is there? My place tonight?

Did you know they just discovered the last remaining megalodon? Yeah, it’s called mega-long-dong and it’s in my pants.

I like you so much, I would catch a T-rex for you.

Just because you’re a herbivore, that doesn’t mean you can’t try tyrannosaurus sex.

I’m an Apatosaurus. You know what they say about a dinosaur with a long neck…

They call me the T-Rex because much like my arms, my dick is extremely small.

You and I, you and I, we’re like meteors in the sky.

Did you know I’m a dinosaur? Yeah, I’m the elusive D-rachiosaurus.

Baby, has anyone ever told you you’re dino-mite?

Much like a brontosaurus, my neck is long and so is my tail. At least, I think it’s my tail. It’s down there, anyway.

When I’m with you, my heart soars like a Pterodactyl.

If you were a girl-dinosaur, and I was a boy-dinosaur, we would repopulate all Earth with dinosaurs and destroy all humanity!

Are you a dinosaur? Because I could’ve bet you’re from the Curvaceous period.

You make my heart saur.

If you were a dinosaur, you would be a FINOSAURUS!

Let me show you why they call me ‘Pleasure-you-asaurus.

What do you call a sleeping dinosaur? A dinosnore! Hahaha. Will you date me, please?

You make me feel like we’re in the Flirtaceous period.

Q: What do you call an unmatched dinosaur? A: Doyouthinkshesaurthis.