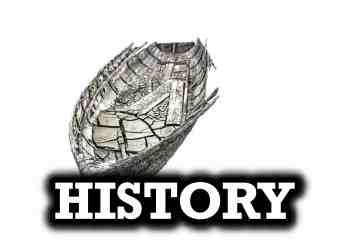 History isn’t just shaping your past; it can also shape your future. Especially if you use the history pick up lines below. All of them are smart and funny, but some are romantic and cheesy. You can find anything you want in here to make sure you emerge victorious and conquer the heart of the one you love.

Amundsen isn’t the only one into South Pole adventures and explorations, you know.

Are you a dictator? Because you have absolute power over me.

Are you Ben Franklin? Because, can you see all that electricity between us?

Are you into role playing? You be Germany and I’ll be the Versailles treaty. That’s how hard I want to f*** you.

Do you know the Chicago fire in 1871? No? ‘Cause if they called that hot, then they never met you.

Do you know what you and the Great Fire of London have in common? You’re both hot as hell.

Do you want me to get someone from Guinness World Records? Because I’m sure you’re the eighth wonder of the world.

Hi, I look at you and sense revolution in my middle class.

I’m like the Jean Baptiste-Colbert of relationships. I never trade with anyone else.

I’m on a crusade and I hate to conquer your love.

I’m relieving the Great Depression each time we’re not together.

I’m studying for a history test and I have some important-dates trivia to memorize. Should I put tomorrow in there for our first date?

If I were George Washington, would you consider letting me across your Delaware?

If you’re looking for an Era of Good Feelings stop right here ‘cause you found your James Monroe.

It’s funny that your surname isn’t Oswald. Ever since I saw you, I felt my mind blown!

Kissing me is Common Sense, that’s what Thomas Paine would say.

Let’s act like we’re a couple of colonists and do a few intolerable acts together.

Much like Fidel Castro’s missle, mine is never in crisis either.

On a scale from 1 to America, how free are you tonight?

Roses are red and so is Russia. Let’s go on a date because you’re my crusha.

Teddy Roosevelt might have been all about big stick ideology. Well, I’m more into big stick men.

Titanic is my middle name because when I’m slowly descending, women are, without exception, the first to get off.

Unlike Helen of Troy, your face could launch a million ships.

Unlike space-time, my ding-dong isn’t curved.

Want to play some Trojan Horse?

What do you say we play-act the Battle of the Bulge?

What US president would you be? Huh funny, I was hoping you would say George Washington. Then I could say I was John Adams and that I’ll always let you come first.

What year is it? Are we back to the Reign of Terror? Because you’re making me lose my head.

You must look like Jefferson Davis because my south has just risen.

Pick Up Lines about Food